The work on the Map Design Module is progressing much faster than we dared hope. Along the way we had to invent a new fast scanline fill algorithm. The two images, below, are screen captures that show how easy it is to create new maps for General Staff. To create a new area of forest or woods, simply select the ‘Draw Woods’ tool and make an outline (the program will automatically connect your starting and end points): 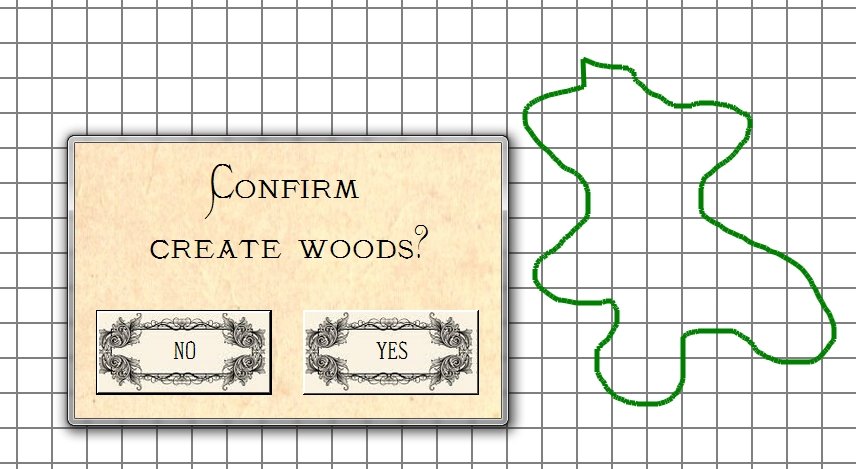 Screen capture from General Staff Map Design Module showing the method for creating new woods and forests. Select the tool and draw on the map grid. Click to enlarge.

After the user confirms the position and shape of the new woods or forest the program automatically fills in the area with the appropriate 19th century map graphics (thanks Ed Isenberg who did the artwork!). 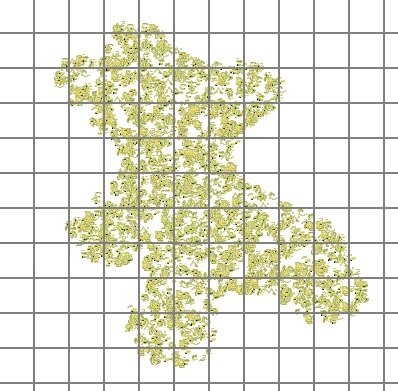 For this to work quickly (it happens in just a second or two) we created a new scanfill algorithm. If we were still in academia we would probably write a paper describing the algorithm and submit it to various conferences. Ah, those were the days when you could get a free trip to an academic conference!