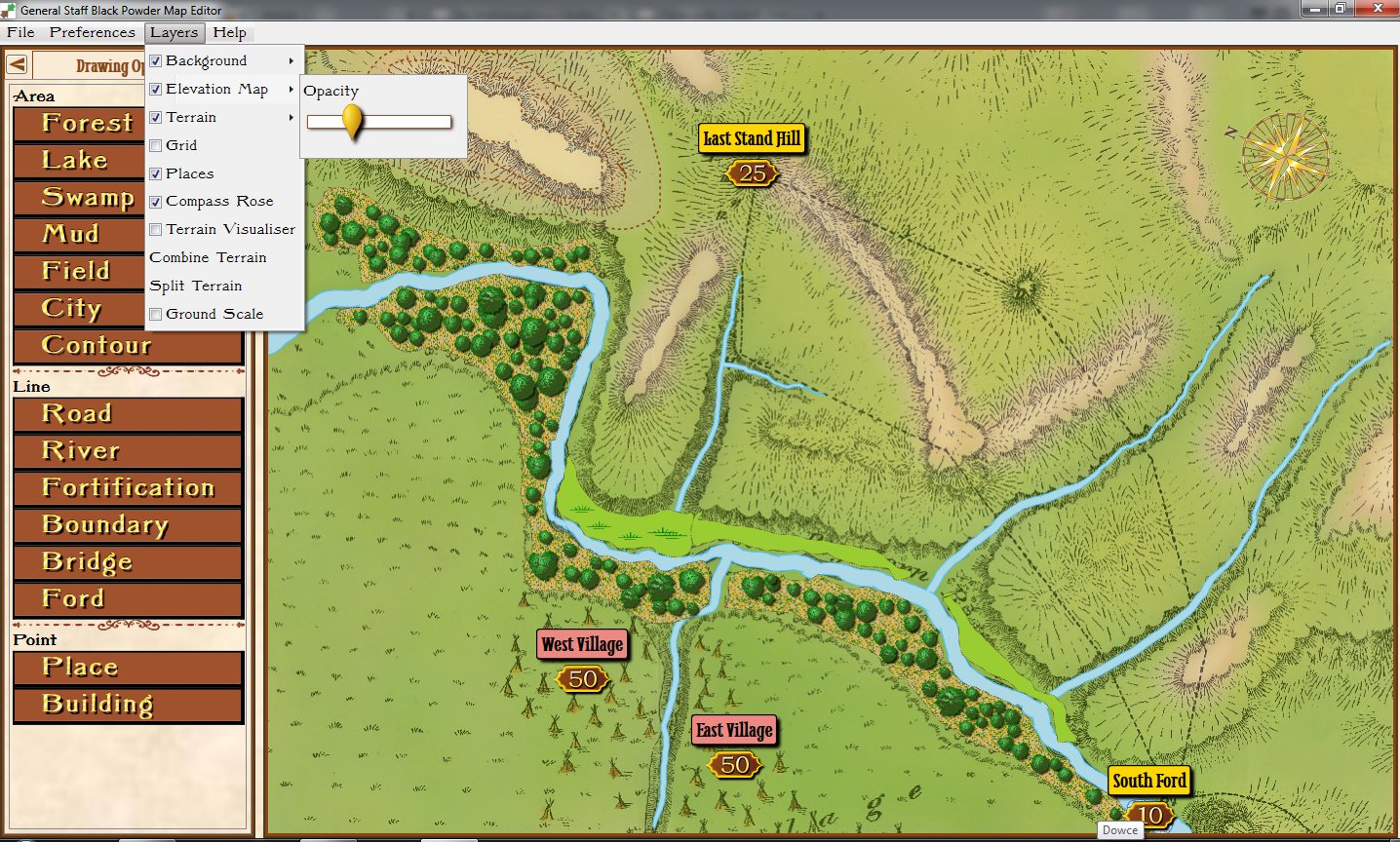 One of the many interesting features in the General Staff Wargaming System is the ability to import maps from old atlases or from the internet. While we intend to film a complete instructional video (we’re thinking of including a set of instructional videos explaining how to use the Army Editor, Map Editor and Scenario Editor) we thought we would first share a sneak peek of how to import a map from an old atlas. 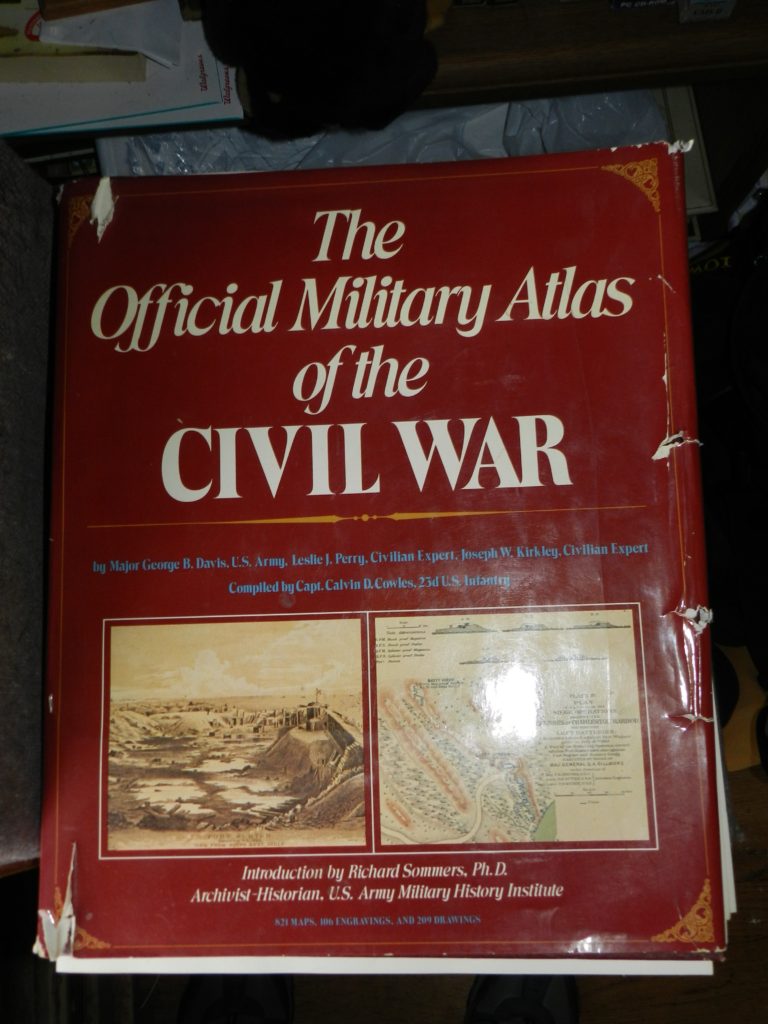 An integral part of my office library, a well-worn volume of “The Official Military Atlas of the Civil War”

The “The Official Military Atlas of the Civil War” is one of my favorite books and, like many Grognards, I have dreamed about maneuvering units across these famous maps. I recently realized that I now had all the tools to do exactly that with the General Staff Wargaming System.  First I scanned the map I wanted (the First Bull Run / Manassas battlefield) using an inexpensive flat-bed scanner attached to an ink-jet printer. Then I imported it into the General Staff Map Editor using the built-in feature. 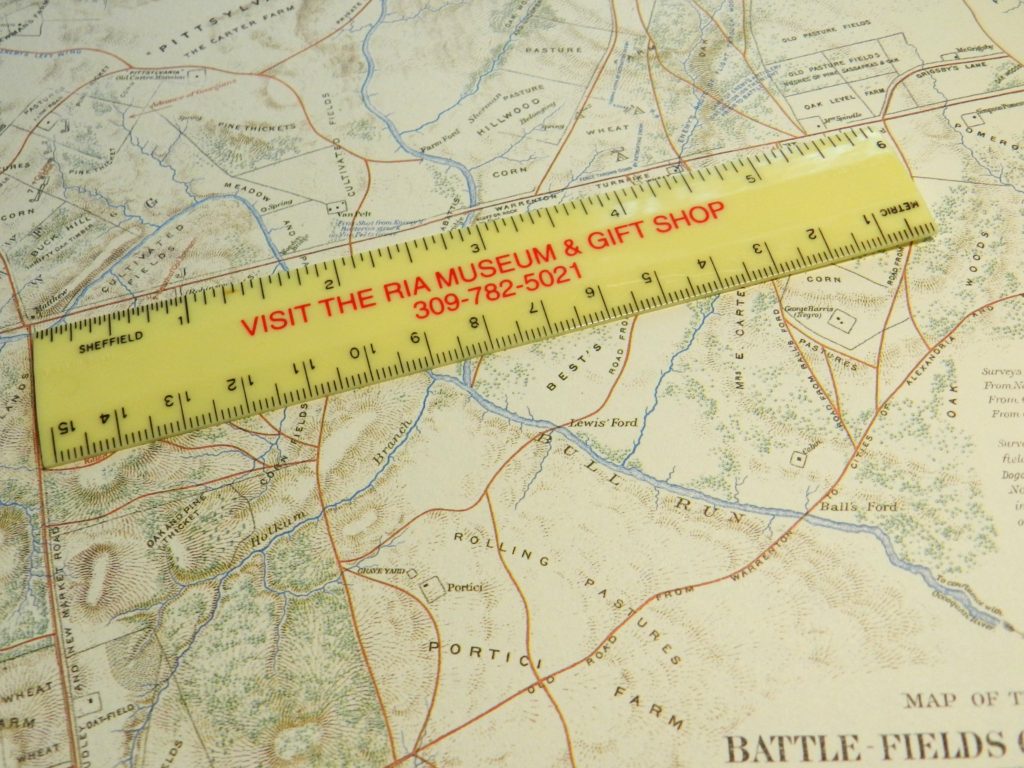 Measure the distance between key geographic features using a ruler.

Next look up the scale of the map at the bottom: 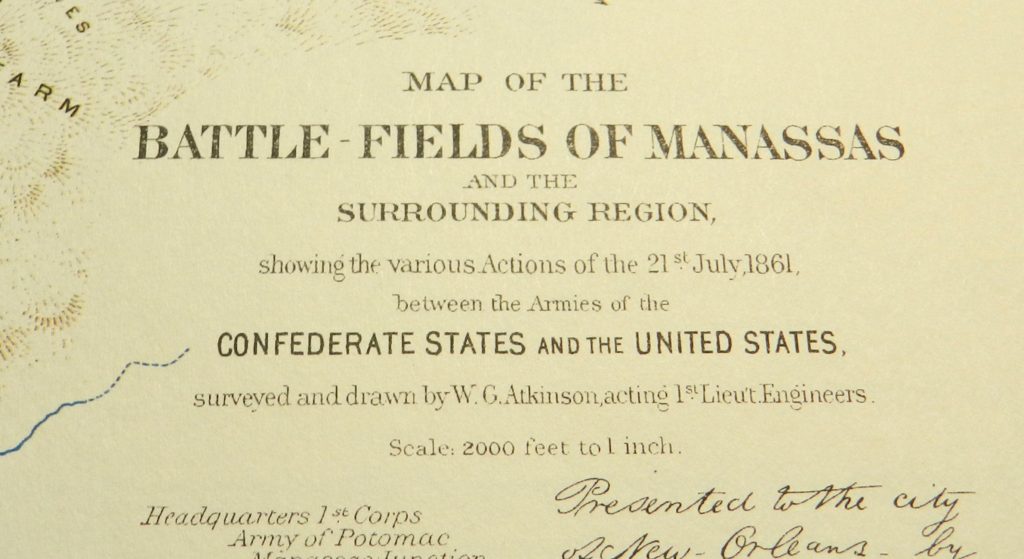 Use Google to do the math (yes, this is actually a programming assignment that is often assigned to first semester college students in CS1).

Just learned that the reprint of the Official Atlas of the Civil War was printed 10% smaller than the original so 3 inches actually equal 5,400 feet!

Next, select the ‘Add Map Scale’ feature in the General Staff Map Editor. 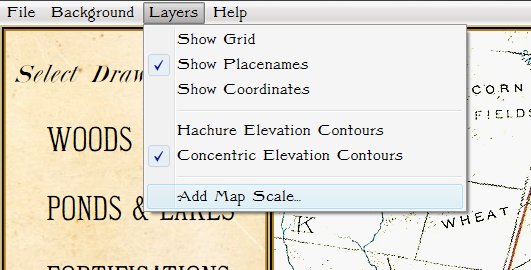 Click and drag a line on the map between the same two key geographic features that you previously measured and enter the length in meters: 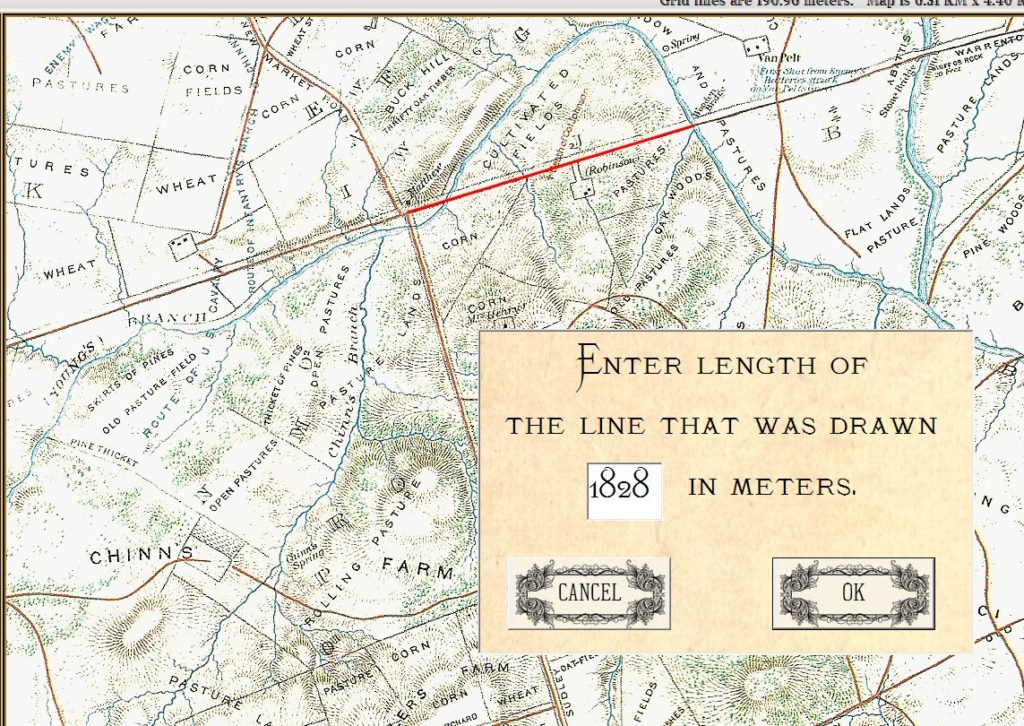 Enter the length of the line you just drew on the map in meters.

General Staff calculates and displays the scale of the map you just imported.

Let’s just start off by saying that General Staff will be in 3D. It’s the only way to display the blocks that represent units. But the question is: should the map be flat with just 3D unit blocks (simulating the original Kriegsspiel ) or should we employ a technique that I used for a project for the  U. S. Army in which a 2D topographical map was used as the skin for 3D elevation that was extrapolated at runtime from USGS (United States Geological Survey) data?

A screenshot of a project that I did for the U. S. Army. Click to enlarge.

There are certainly pros and cons for both ideas. Frankly, I like the idea of using a flat, 2D, map with only the unit blocks in 3D. However, the one thing I don’t like about ‘traditional’ Kriegsspiel is that the unit blocks are rigid and always perfect rectangles that do not conform to map contours or allow units to change formations.

On the other hand, I’m concerned that if we go full 3D (like in the above screen capture), it’s going to be to similar to current 3D wargames (I won’t mention names, here).

I’ve tried to keep the overarching theme of ‘simplicity’ for General Staff in clear view. General Staff is supposed to be a fun, simple game where the graphics don’t get in the way of a pure tactical, enjoyable real-time game.

Either way, we will be employing my optimized 3D Line of Sight (LOS) algorithms. That is to say, units behind ridges will not be visible to opponents.

What do you think? Send us a note or leave a reply.