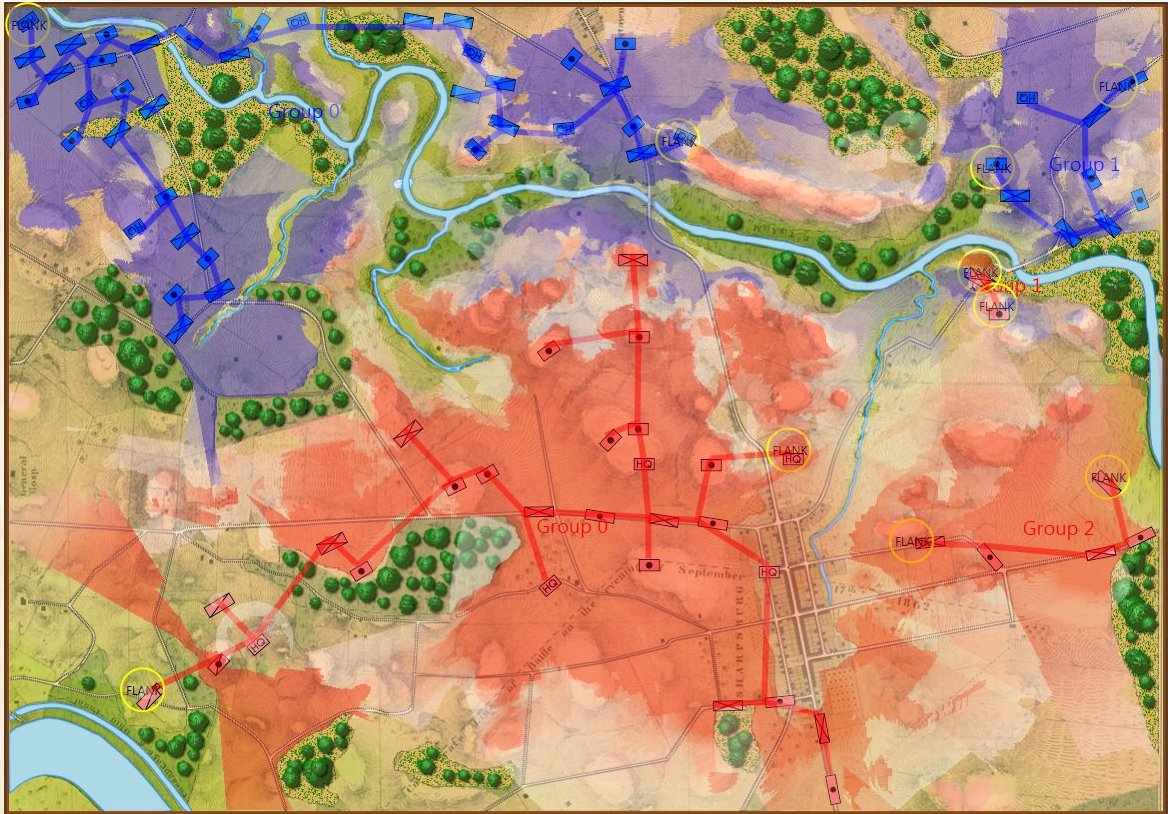 This week’s survey will wrap up our questions about units and armies and after tabulation work can begin on the Create Army Module. General Staff is a simulation of 18th and 19th century warfare. We hope to use the same engine for an Ancient and Modern wargames as well.

We have just three survey questions:

What unit types should we include in the Create Army Module? Armies will be created by clicking and dragging unit icons from a pallet; consequently we need to know in advance what the ‘pre-designed’ unit types will be.

Will the armies have a hierarchical structure (e.g. Division → Brigade → Regiment) or a ‘flat’ structure (i.e. units do not belong to a superior command structure but, rather, can be given orders without consideration to other units).

What is your preferred screen resolution? We’re thinking of writing for 1440 x 900 resolution. Does anybody have a problem with this?

General Staff is a direct descendant of the UMS seies which featured a suite of tools that allowed the user to create new maps, armies and scenarios. Our recent survey indicated that 73% of respondents felt that it was either ‘very important’ or ‘somewhat important’ for General Staff to have these abilities, too. Below is a flow chart of the five modules that make up General Staff: 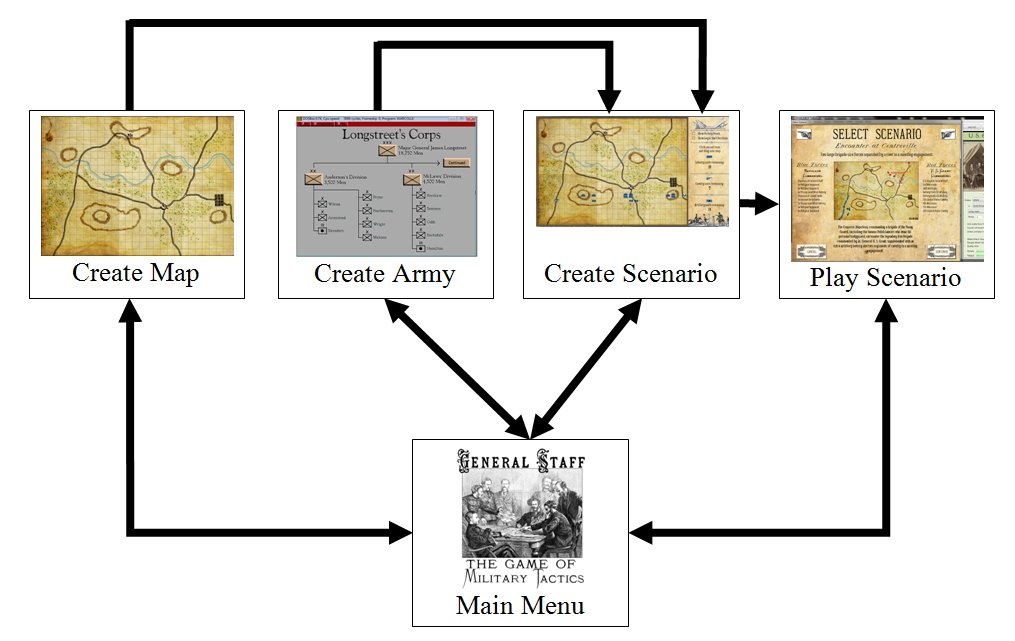 Flow chart of General Staff. From the main screen the user can either create a new map, create a new army, combine a map and two armies into a new scenario or play a previously created scenario. Click to enlarge.

From the Main Menu the user can select:

This module provides all the tools that a user needs to create detailed, authentic-looking maps. The are numerous tiles that represent the eight different terrains (field, water, swamp, city, woods, bridge, road, fort). Additionally, the user can sculpt hills and ridges with the AI automatically adding ‘splash contours’. Rivers and roads are added using a Bézier curve tool.

After the map is completed the user can select the amount of ‘dirtying’ (map folds, coffee stains, age stains, etc.) to be added to the map.

Armies can be in either an hierarchical format (see below) or a flat format. A flat format is a data structure without layers of commanders. Next week we will be running a user survey to find if you have a preference for hierarchical or flat army unit structures.

Screen shot from UMS II: Nations at War showing a hierarchical army structure. There are four levels of command in this army structure: Army Group, Army, Corps and Division. Click to enlarge.

The original UMS had a flat army structure while UMS II had a hierarchical unit structure.  For both systems an intuitive click and drag interface is provided for quickly creating, editing and saving armies.

In the Create Scenario Module a user can combine any two previously created armies with a previously created map to create a new scenario. Mix and match to your heart’s content! The Napoleonic Imperial Guard against the Army of the Potomac’s First Army Corps on the Gettysburg battlefield! The battle of Marengo re-fought with Russian and Austrian troops! Obviously, you can also create historically accurate scenarios, too.