We have been going back and forth on the question of: should General Staff have a 2D or 3D battlefield? Arguments can be made on both sides. The key points for 3D are: 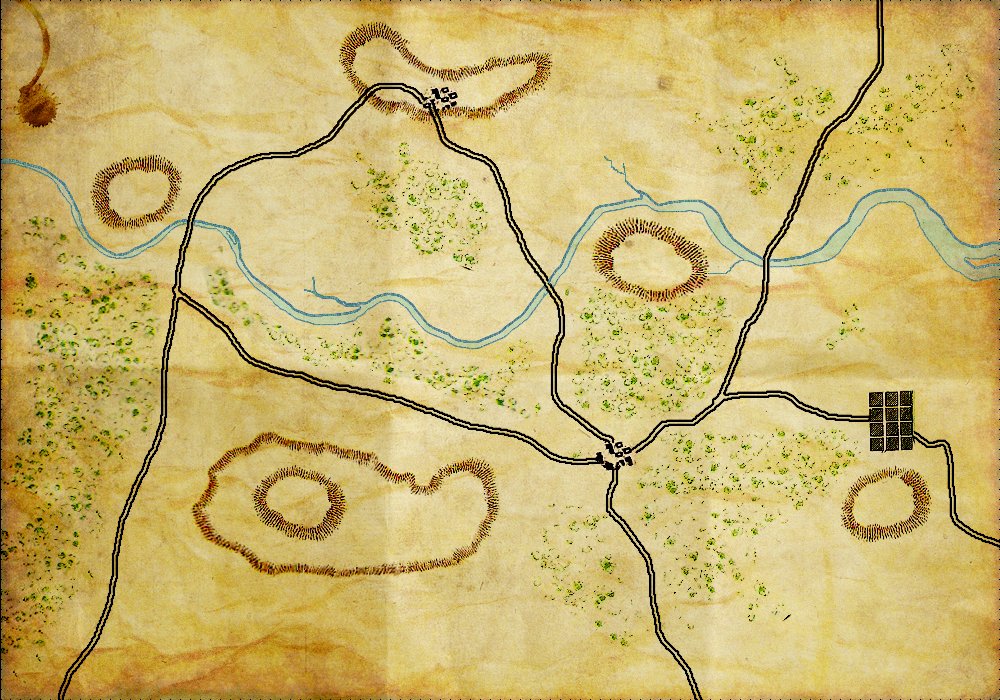 A General Staff topographical map in 2D. (Click to enlarge.)

So, after going  back and forth on this issue for many months, we finally did some tests (thanks Ed Isenberg!). And here is what the same topographical map looks like utilizing our stored elevation data: 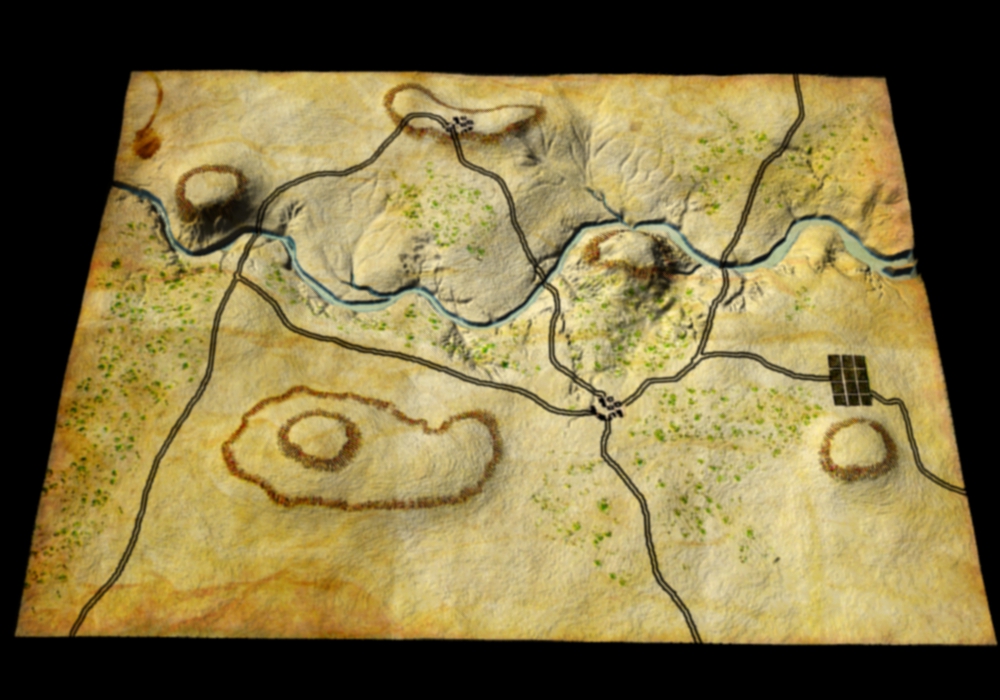 The same topographical map rendered in 3D. (Click to enlarge.)

Well, it’s definitely 3D. But, it appears to me, that we’ve lost more than we have gained. The user hasn’t acquired any new information; hills, rivers, ridges and valleys were all quite apparent in the 2D map. We’ve also lost that wonderful historical Kriegsspiel feel of Victoriana typography and cartography. Our 3D display looks like a wrinkled pigskin and not a map that was used by the General Staffs of the great armies of the world. Also, not being in 3D will facilitate porting General Staff to smartphones.

We certainly would like to hear your opinion. But, as things stand now, General Staff will be moving forward in 2D.

Let’s just start off by saying that General Staff will be in 3D. It’s the only way to display the blocks that represent units. But the question is: should the map be flat with just 3D unit blocks (simulating the original Kriegsspiel ) or should we employ a technique that I used for a project for the  U. S. Army in which a 2D topographical map was used as the skin for 3D elevation that was extrapolated at runtime from USGS (United States Geological Survey) data?

A screenshot of a project that I did for the U. S. Army. Click to enlarge.

There are certainly pros and cons for both ideas. Frankly, I like the idea of using a flat, 2D, map with only the unit blocks in 3D. However, the one thing I don’t like about ‘traditional’ Kriegsspiel is that the unit blocks are rigid and always perfect rectangles that do not conform to map contours or allow units to change formations.

On the other hand, I’m concerned that if we go full 3D (like in the above screen capture), it’s going to be to similar to current 3D wargames (I won’t mention names, here).

I’ve tried to keep the overarching theme of ‘simplicity’ for General Staff in clear view. General Staff is supposed to be a fun, simple game where the graphics don’t get in the way of a pure tactical, enjoyable real-time game.

Either way, we will be employing my optimized 3D Line of Sight (LOS) algorithms. That is to say, units behind ridges will not be visible to opponents.

What do you think? Send us a note or leave a reply.