Even though it was fun to create, the YouTube video of the Order of Battle Table / Create Army Module for General Staff doesn’t have high enough resolution tho show the clear, sharp screen images that do it justice. Below are a couple of screen captures from the section of General Staff that allows users to create their own armies. We will next work on the Create Maps Module that allow users to design their own battlefields. 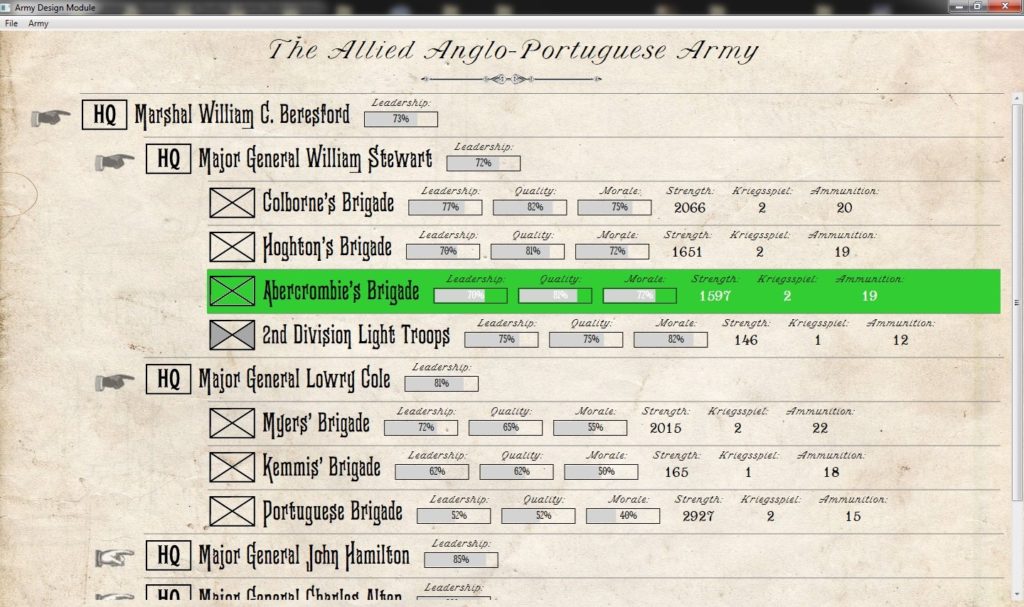 Screen capture from the Create Army Module of General Staff. This shows a section of the Order of Battle Table for the British-Portuguese army at the battle of Albuera (16 May 1811). Click to enlarge. 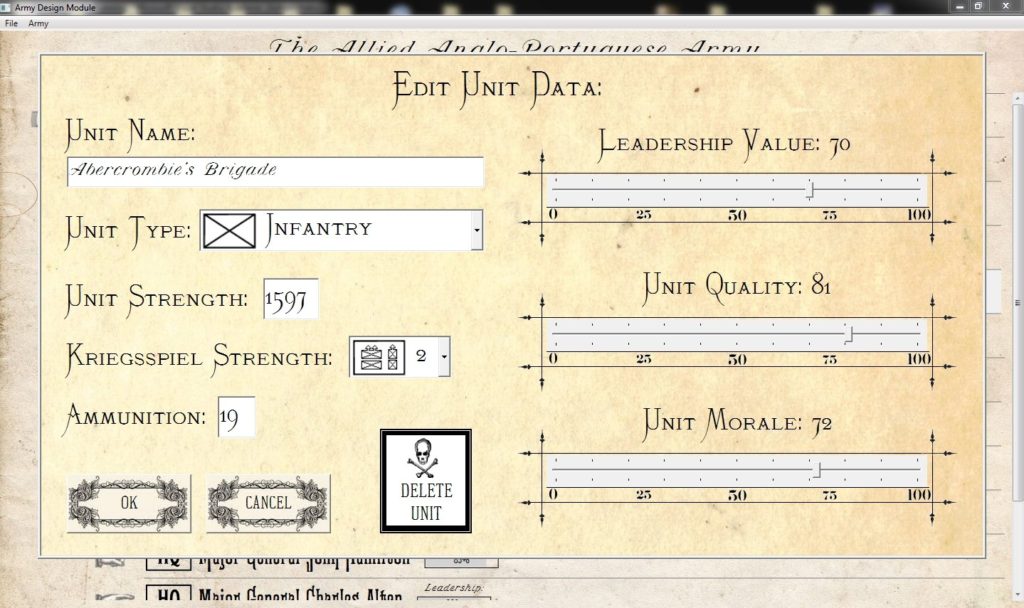 A screen capture from the Create Army Module. This shows the ease of editing unit information. These are the variables, and unit types, that were selected by over 150 wargamers in our previous survey. Click to enlarge.

We’ve dug back into the original Pathe news archives to find this old movie reel describing the new Order of Battle Table Creation / Create Army Module for General Staff. We hope you enjoy this treasure from the past!