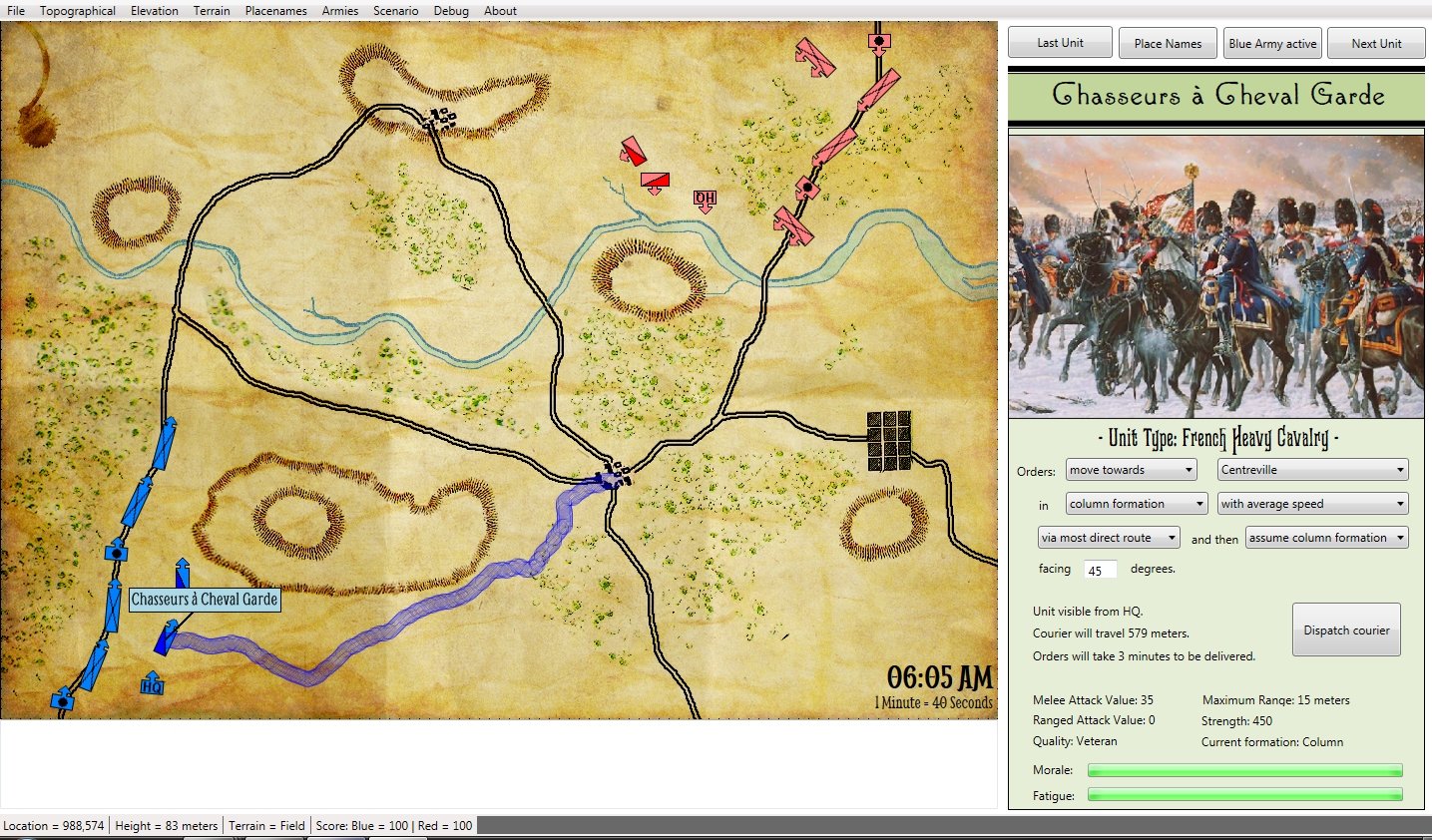 An example of slope avoidance in General Staff. Note how the cavalry unit skirts the edge of the hill on the way to its objective. (Click to enlarge)

We have added a new feature, the cost of traversing up a slope, to our proprietary least weighted path algorithm. This will create even more realistic (and, frankly, optimal) unit order paths.  A key element to General Staff is its ability to assist the user in calculating optimal paths for units so the user only has to click where he wants the unit to go and the AI figures out the rest. In fact, the user doesn’t even have to click on the map, but can select the unit’s destination from a list of objectives.

The original least weighted path algorithm with slope weighting was created by Dr. Sidran when he was in graduate school. Dr. Sidran said, “I should probably write a paper describing the new algorithm, called EZRoadStar. However, as I am no longer an active member of academia there is no pressure to, ‘publish or perish’.” Instead, he will concentrate on finishing General Staff.

General Staff is expected to be released for Windows, XBox and iOS later this year.