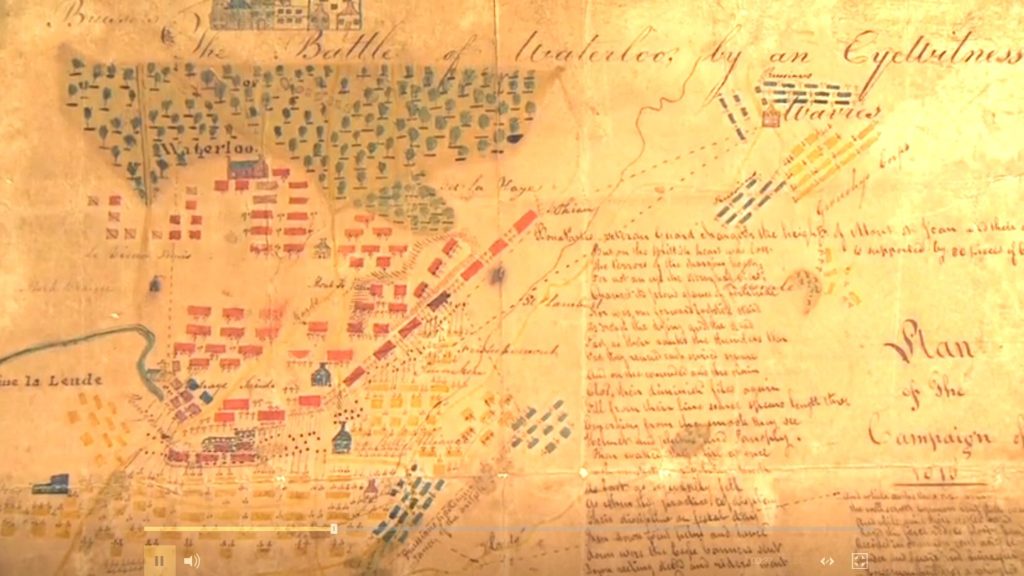 Screen shot of the Map of Waterloo painted by an Eyewitness from Antiques Roadshow. This image has been brightened and the contrast increased for legibility. Click to Enlarge.

I happened to be watching Antiques Roadshow from Exeter on BBC America last night when this extraordinary map of the battle of Waterloo was presented. Though it bears no date or signature, it clearly was painted, “by an Eyewitness” shortly after the battle itself. I was immediately struck by the lettering  and how similar it was to our efforts in General Staff to recreate the look and feel of 19th century maps for our wargames.

Below is the link to the entire segment hosted on the BBC web site:

Link to Antiques Roadshow BBC clip, “Map of Waterloo A beautifully detailed map of the 1815 Battle of Waterloo drawn by an unnamed eyewitness.”