Yes, I really do have a doctorate in computer science but often that just means I’m aware of how much I don’t know about computer programming. General Staff is being written in Microsoft WPF and sometimes it seems very arcane to me. I recently had a major problem with something very small; I just wanted to add a ‘thousands comma’ in the display of unit strengths. Well, because of a number of weird programming issues specific to WPF and the Victorian typography that we’re using, it took a couple of days to straighten it out and then only because John McNamara of Maine spent a great deal of his personal time to help me understand how Hierarchical Data Templates work in WPF. Here’s what the final results look like; 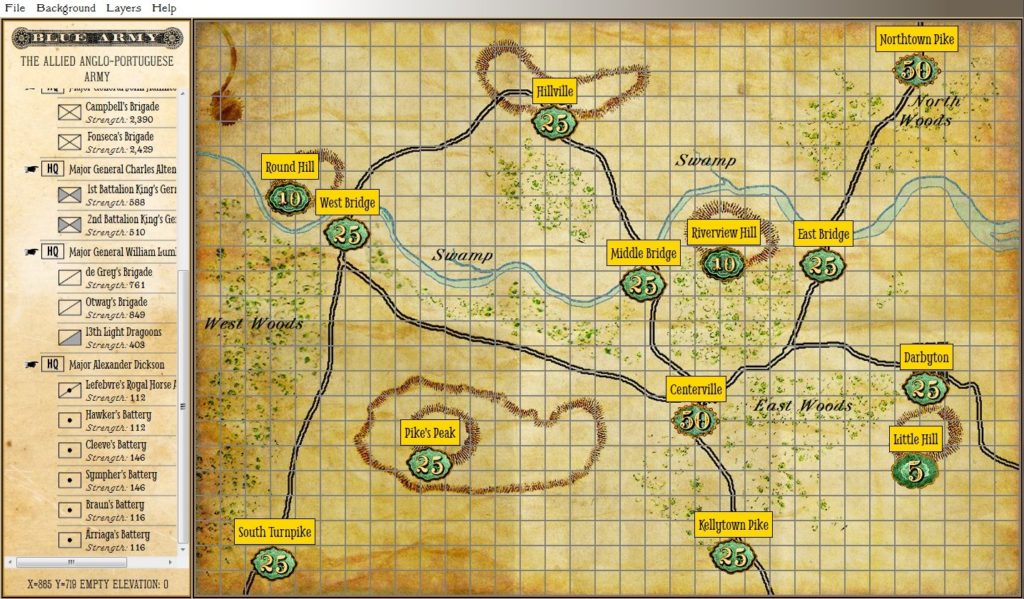 Sneak peak at the Scenario Editor Module. Just click and drag units from the Order of Battle Table on the left onto the map to place them for the beginning of the scenario. (Click to enlarge)

Again, thanks John! You’re the greatest! You want a free copy of General Staff when it ships?

One thought on “A Big Thank You to John McNamara!”